"GREEK AND LATIN LUDI FOR THE DURATION OF FOUR DAYS" Plenty of other archaeological and historical evidence paints the buried city as a diverse place, full of people and cultures from around the Roman world. Zuchtriegel described evidence of Greek theater in town as “another tessera of a large mosaic” that was Pompeii’s cultural life. Pompeii tomb reveals formerly enslaved man’s rise to wealth and power | Ars Technica 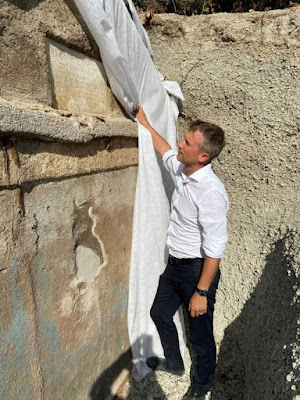 Email ThisBlogThis!Share to TwitterShare to FacebookShare to Pinterest
Labels: POMPEII