'HIC SUNT LEONES' Casa Morra and the Goethe-Institut Neapel are set to pay tribute to the German artist Joseph Beuys as this year marks the centenary of his birth. Reflecting on Beuys’ cultural heritage and travels to the Italian city between 1971 and 1985, “Beuys e Napoli” will host film screenings from the Mario Franco Archive, part of the Fondazione Morra archives, and will present a series of photographs by Gerardo di Fiore. Beuys 100 years: Beuys and Naples | Artvisor 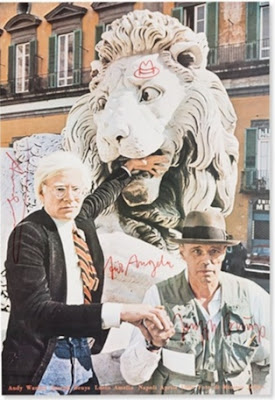 Email ThisBlogThis!Share to TwitterShare to FacebookShare to Pinterest
Labels: NAPLES